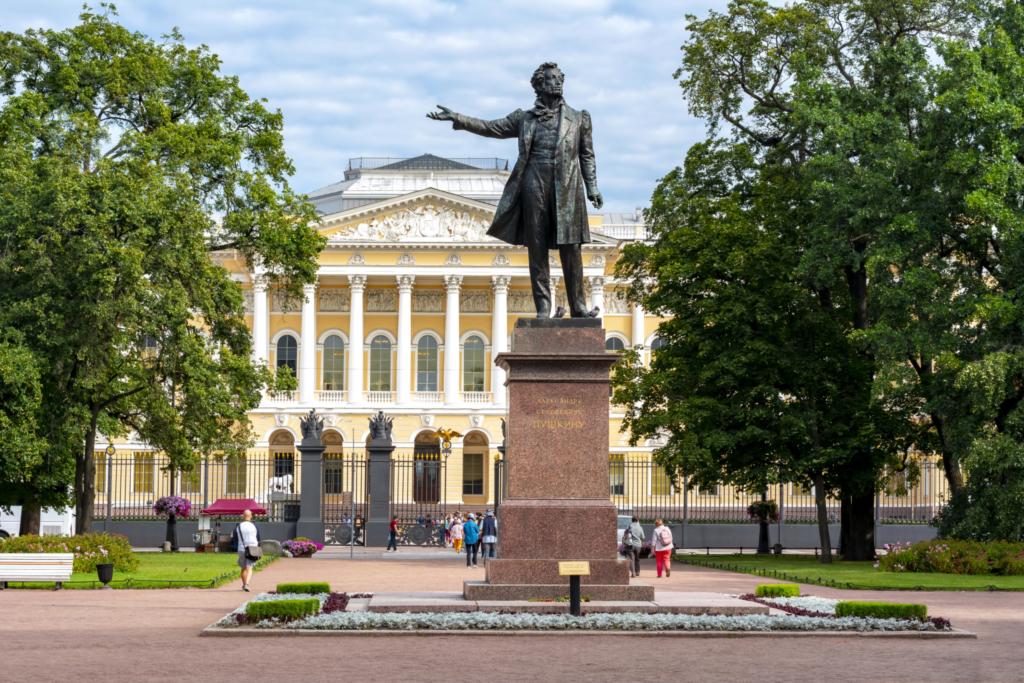 Russia’s unique and vibrant culture developed, as did the country itself, from a complicated interplay of native Slavic cultural material and borrowings from a wide variety of foreign cultures. In the Kievan period, the borrowings were primarily from Eastern Orthodox Byzantine culture. During the Muscovite period, the Slavic and Byzantine cultural substrates were enriched and modified by Asiatic influences carried by the Mongol hordes. Finally, in the modern period (since the 18th century), the cultural heritage of western Europe was added to the Russian melting pot.

Russian Culture is famous all over the world thanks to giants such as Tchaikovsky, Dostoevsky, Tolstoy, Chekhov, Repin, Malevich and Chagal among many others.

Fine arts. The most famous art museums in Russia

A visit to this museum will be interesting not only to art fans but also to those who want to learn about it. It was planned as a place where not only copies and originals of world masterpieces will be collected, but also as a whole exhibition, giving an idea of the history and dynamics of the development of art. The museum building itself is interesting as it resembles an ancient temple.

You will see the different genres and schools throughout Russian history starting from the 10th century represented by ancient icons. Among the well-known Russian artists, you will find Ilya Repin, Vasily Surikov, Ivan Aivazovsky, Valentin Serov and many others.

Erarta has the largest private collection of contemporary Russian art. The name comes from the words ‘era’ and ‘arta’ and means “time of art”. The collection includes works created by Russian artists in the second half of the XX – beginning of the XXI centuries. Today it is 2800 works, among them are paintings, graphics, sculpture, objects, installations.

Garage is considered to be the main modern art museum in Russia. The place where all the most important exhibitions of Russian and foreign artists are held. Each exhibition is accompanied by a series of events: lectures, excursions, performances, film screenings, which should help the visitor to learn more about the artist’s work and understand his intent. The main goal of the museum is to familiarize the general public with the works of living artists and materials on the history of art.

The Bolshoi Ballet and Bolshoi Opera are amongst the oldest and most renowned ballet and opera companies in the world. One of the world's biggest ballet companies counts more than 200 dancers.

The Stanislavsky and Nemirovich-Danchenko Moscow Music Theatre is one of the most iconic theatres of the capital and may be considered the second important music theatre after the Bolshoi. The Theatre puts on numerous contemporary productions and cooperates with internationally renowned directors.

World-known Mariinsky (Kirov) Ballet and Opera theatre is one of top 6 ballet and opera companies in the world. It is a "must see" in St. Petersburg.

Mikhailovsky Theatre is the Pearl of St. Petersburg. The theater combines classical traditions with creativity and innovative experiments. 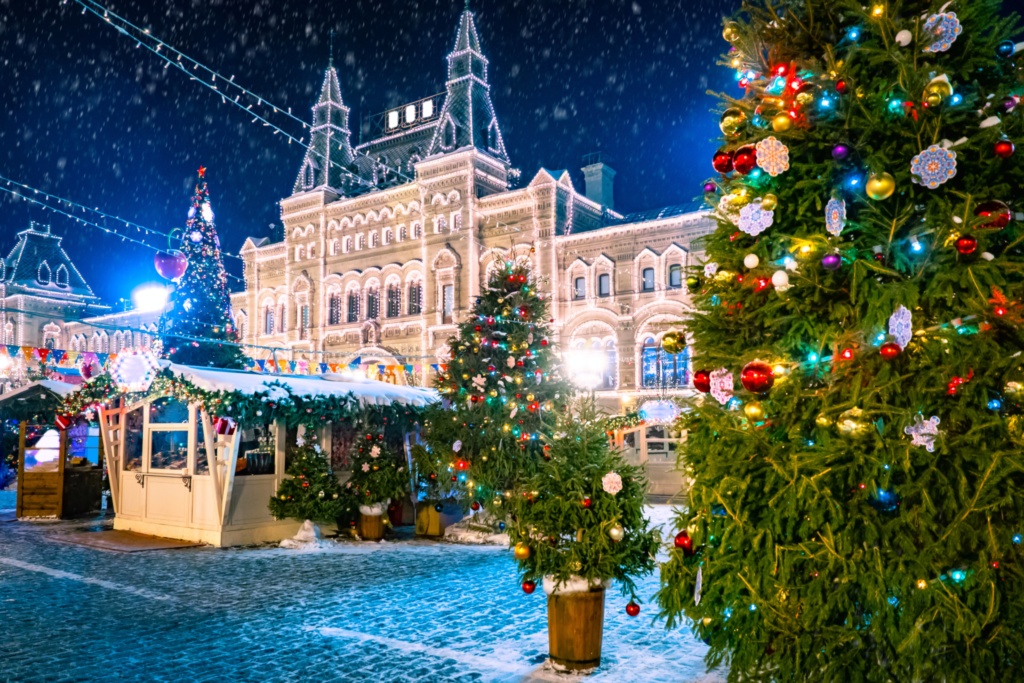 Russia is a modern country with rich traditions that derive from both Christianity and Slavic myths. People believe in numerous omens and legends and still celebrate pagan holidays like Maslenitsa (Shrovetide) and Ivan Kupala. Christianity enriched the Russian holiday traditions with such great holidays as Easter and Christmas. The Russian holidays and traditions are a mixture of old and new and are passed on from generation to generation. Nowadays, Russians enjoy the combinations of these holidays and traditions, often exchanging gifts or performing pranks according to each holiday's customs.
Russian folk characters are very colorful, and they also show ancient pagan roots: for example, the Baba Yaga is a witch-like old woman who lives in the forest in a house that rests on chicken legs and is surrounded by skulls and bones. Another tale tells of the Fire Bird, an enchanted creature with fiery plumage that is very difficult to catch, therefore its capture or that of one of its feathers is often the challenge facing the hero.
Russian families are large and friendly and are not limited to the husband, wife, and children. A family includes grandparents, brothers, sisters, aunts and uncles, nephews, and nieces. They all closely communicate with each other and get together for birthdays and anniversaries. Russians not only celebrate together but are always ready to help their relatives in difficult times. The tradition of loving their own home and protect their family is instilled into Russians since childhood.
Some Russian traditions and superstitions are surprising and unique. Many of them are deeply rooted in Slavic mythology. Here are a few of them:
Before leaving for a long journey, you and all those who are seeing you off must sit for a moment in silence.
Knocking on wood is known in Russia as well as in other countries. However, Russians add a symbolic three spits over one's left shoulder, and Russians will often knock three times as well.
Breaking a mirror is bad luck in Russia, as is looking at one's reflection in a broken mirror, and the effect is more severe than seven years of bad luck as in American culture.
Returning home for a forgotten thing is a bad omen. One should leave it behind, but if returning is necessary, to avoid bad luck, one should look in the mirror before leaving again. 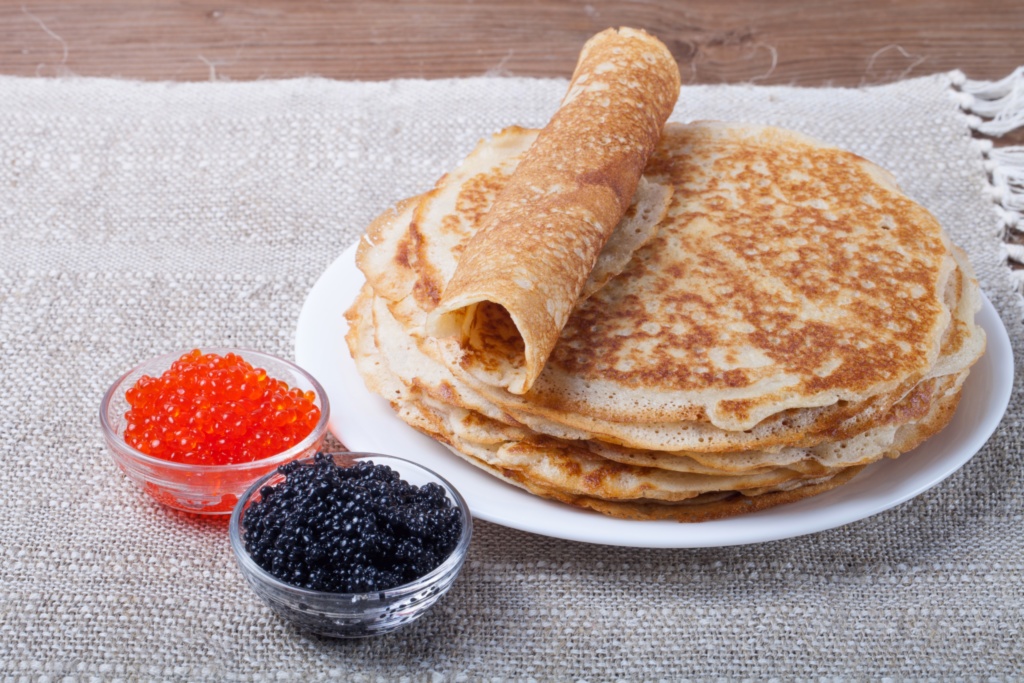 Russian cuisine has been formed under the influence of severe climate and abundant national traditions. It was born in houses of common people who had to feed their large families.
That`s why traditional Russian dishes are nourishing and cooked of the cheapest and most available ingredients. Nevertheless, this cuisine cannot be called poor and unvaried as its gustatory combinations can surprise even the most demanding gourmand.

Blini. Blini are traditional Russian pancakes - an essential attribute of any holiday. Blini are normally served with various additives — from rich (salted fish, caviar) to sweet ones (honey, jam), so they can be either a main dish or a dessert. In the second half of February or in the beginning of March Russians celebrate Maslenita — a holiday when blini are cooked at every home.
Pickled vegetables have been part of the traditional Russian cuisine since ancient times as they gave the opportunity to add vegetables to the diet during the long winter. Especially popular are pickled cucumbers because they stay as crunchy as fresh ones, but get savory salt and sweet taste.
Borsch - a soup based on beet-root and cabbage. Borsch is a dish that exists in many varieties: it can be nourishing, with pieces of meat or light, based on vegetables only.
Ukha is a soup made from fresh fish. Ukha is cooked from various kinds of fishes, mainly white ones.
Pelmeni. A type of dumpling consisting of a particular filling wrapped in thin dough usually accompanied with sour cream.
Pirogi or pirozhki are baked food with various fillings. It is difficult to find a more diverse dish of the Russian cuisine! Pirozhki can be filled with meat, chicken, fish or mushrooms, boiled eggs, vegetables, fruits, berries or jam. Cooking of pirozhki at home is a real fun for the whole family.
Stroganina is a dish of the Russian North cuisine. It is thin slices of frozen fish or meat that are dipped into a mixture of salt and pepper.
Porridge - commonly eaten as a breakfast cereal dish, made by heating or boiling ground, crushed or chopped starchy plants, typically grain, in milk.
Okroshka is a refreshing cold soup with pieces of fresh vegetables. Okroshka is made with traditional Russian beverages — kvass or kefir.
Kholodets. This dish is probably for the bravest and persistent followers of the Russian cuisine. It is cold jelly made of rich bone broth with pieces of meat and vegetables.

Kvass is a traditional summer beverage made of rye bread or flour and malt.
Vodka - the main strong national drink in Russia. Pickled products and brown bread are traditional vodka chasers.
Medovukha is a light honey based alcoholic drink with added grasses and berries. Medovukha is served hot.
Sbiten is a drink similar to medovukha but having less distinct sweet taste. Sbiten is often cooked with various herbs and serves a perfect prevention against colds. To some extent it resembles herbal tea with honey.
Mors is a drink based on water diluted berry juice (the most popular kind is cranberry mors). Usually it has nice red or ruby color and fresh, slightly acid taste. 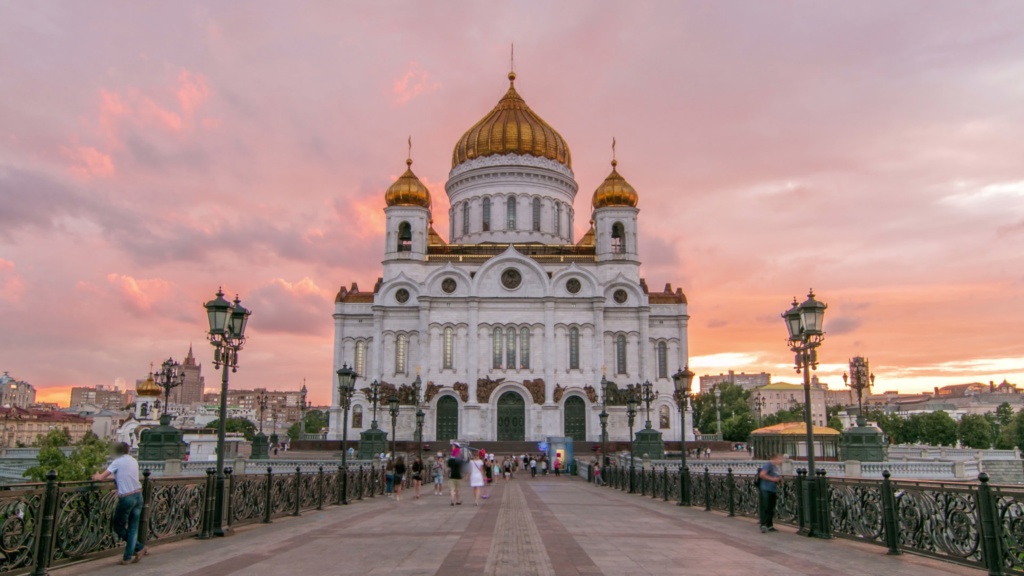 Russia is a multi-faith country, and religion plays a prominent role in the public and spiritual life of today’s Russia. All of the world’s leading religions can be found here and Russian places of worship are considered among the most beautiful in the world.
The majority of believers are Orthodox Christians, Islam is the second most popular religion and there is a large number of Buddhists, Protestants and Jews. Minor denominations include other non-Orthodox Christianity, Tengrism, Slavic pagans and Hinduism. Atheism is also widespread due to Russia’s Soviet past, when religious activities were greatly constrained.
More than half of all believers in Russia - mainly Slavs – are Orthodox Christans, about 10% of the population are Sunni Muslims, who mostly live in southern regions, and Buddhism prevails among large numbers of Buryat, Kalmyk and Tyvan people.
Religion plays a large role in Russian society. For almost a thousand years Russian Orthodox Church was perceived as the glue consolidating the nation. The authorities had always been very religious and supported the Church, building temples and cathedrals all over Central Russia. The grandest temples are of course concentrated in Russian capitals – current (Moscow) and former (Saint-Petersburg). Orthodox Christianity is rather strict in comparison to Catholicism or Protestantism, with lots of rules and fasts. Nevertheless, Russian people accepted Orthodoxy and many people consider themselves devout nowadays.
Islam is prevalent in southern regions, but there are a lot of followers in other parts of the country, including St-Petersburg and Moscow. Some of the biggest and most beautiful mosques in Europe can be found there. Islam is recognized as a part of Russian historical heritage by the government and is an integral part of Russian culture.
Buddhism (mostly its Tibetan variant) is one of Russia’s “traditional religions” and was prospering until the October Revolution. Under the Bolsheviks Buddhism suffered greatly, with many of spiritual leaders being accused of being Chinese or Japanese spies. By the end of 1980-s Buddhsim almost disappeared from everyday life, but saw a revival after the collapse of the Soviet Union and a lot of datsans (Buddhist temples) are being built lately.
Jews have always constituted a significant minority in Russia and even today Jewish diaspora in Russia is among one of the largest in Europe despite the intense emigration to Israel. Not many of Russian Jews consider themselves to be religious, and many are Christians, but still a significant number adheres to Judaism. Nonetheless, in Saint Petersburg there is a relatively large Jewish community and they have a big choral synagogue. A visit to this religious building is probably the best way to find out about Judaism and its practices in Russia today.